Amateur Radio, also affectionately known as “ham radio”, is a hobby of constructing, experimenting and communicating using radio equipment. In Malaysia, hams are licensed by the Malaysian Communication and Multimedia Commission and an amateur radio operator can operate radio equipment from home, from their vehicle and from anywhere in Malaysia. A number of radio frequencies have been set aside for Amateur Radio use. On these frequencies a ham can talk across town or around the world. The scope and possibilities are endless-from sending digital information to operating via Amateur Radio satellites. As of 2004 about 3 million worldwide, 70,000 in Germany, 5,000 in Norway, 57,000 in Canada, and 700,000 in the USA. As for now, Malaysia has an estimated of 13,000 registered HAM.

You can become an Amateur Radio operator – no mater what gender or physical ability and above 14 years of age. People from all walks of life pass their entry-level exams and earn their Amateur (ham) Radio licenses. They all share the diverse world of activities you can explore with ham radio.

You will never know who you will run into when communicating with Amateur Radio. Young people, retirees, teachers and students, engineers and scientists, doctors, mechanics and technicians, homemakers, boaters and astronauts…. and even entertainers! Getting started in ham radio has never been easier! We invite you to explore the following information and learn about amateur radio, and if you are stationed in Penang you can see some of the hams in the Northern area. If you are in some other areas in the country, I can help to give you some of the kind hearted hams nearest to you who will love to share with you how the hobby works.

Ham radio operators use two-way radio stations from their homes, cars, boats and outdoors to make hundreds of friends around town and around the world. They communicate with each other using voice, computers and Morse code. Some hams bounce their signals off the upper regions of the atmosphere, so they can talk with hams on the other side of the world. Other hams use satellites. Many use hand-held radios that fit in their pockets. Some hams exchange pictures of each other using television. Some also like to work on electronic circuits, building their own radios and antennas. A few pioneers in Amateur Radio have even contributed to advances in technology that we all enjoy today. There are even ham-astronauts who take radio with them on space shuttle missions and thrill thousand of hams on earth with a call from space. 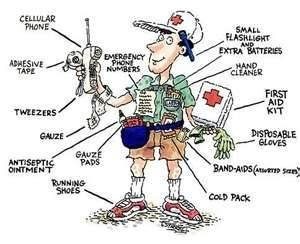 Using even the simplest radio set-ups and antennas, amateurs communicate with each other during emergencies. They handle messages for other public service organizations during all kinds of emergencies including; hurricane, earthquakes, tornadoes and floods, motor accidents, fires and chemical spills, search and rescue.

The rules for earning an Amateur Radio license vary depending on which country you live in. In Malaysia, there are 2 license classes. These licenses are granted by MCMC of Malaysia.

The most popular license for beginners is the Class B license, which no longer requires a Morse code examination and gives all the privilege in the VHF band. Many Class B licensees enjoy using small 2-m hand-held radios to stay in touch with other hams in their area. This license holder may operate FM voice, digital packet, television, SSB voice and several other interesting modes. They can even make international radio contacts via satellites, using relatively simple equipment. To earn a Class B license, you will need to pass a written exam . These are multiple-choice test (100 questions – 2 hours), written with beginners in mind. You will study topics such as radio operating practices, telecommunication rules, basic electrical theory and telecommunication act.

The Class A license lets you talk by radio using voice, Morse code or computers across all Ham frequencies and bands. To earn a Class-A license you will need to pass a 12 words per minute Morse code test, where you will be assessed on the ability to received by ear and transmit using Morse key.